Hey everyone! It’s no secret that this blog has NOT gotten the attention it deserves the last couple of months. I could run down the list of excuses, suffice to say I’ve been crazy frickin’ busy! So here’s the rundown of what’s been missed: 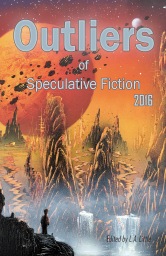 2. I’m a partner in Brink Records and we’ve been getting our third and fourth releases out as we roll toward our second anniversary. The company has been expanding like mad this year. We’ve rolled my writing efforts in to the record company as a new publishing division which is doing really well. Outliers 2016 was the first release for that part of the company and we have several releases planned for 2017. It’s a weird mix of spec fiction, rock history and maybe a sports book or two thrown in. As with the music we’re looking for something special regardless of genre. We also dipped our toes into video production for the 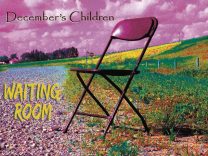 first time. The year included 3 music releases. The first was a single that went on to be our second most successful release to date. The second (cover at right) dropped on the same day as Outliers 2016 and is on track to be the most successful thing we’ve ever done. Check that out here! It’s also available on Spotify, Amazon, wherever. The third release ran behind and won’t actually hit the streets and web until late January, but the quality is woth the wait–a terrific pop artist from London called Latala. This is she. There was a huge concert that didn’t happen and another that did, both were big learning experiences. We began delving into other realms of media and expect to release some of that experimentation later this year. We edited our first video from someone else’s footage in May and that’s gone on to be pretty successful. I directed my first video which was a wild, weird, wonderful experience that I hope to repeat soon and often. We also filmed a concert for the first time and that’s being edited even now. And that’s just the stuff I remember off the top of my head!

3. Outliers 2017 opens for submissions on MARCH 1, 2017. I’m aiming once again to get it out for Halloween. That didn’t work out so great this year, but I’m going to give it another shot!

4. We’re starting a new anthology this year tentatively entitled The Uncanny Valley. As you probably guessed, it’s about androids and robots and that weird place where that aren’t so robotic as to be completely other, nor are they so human as to fool us. They’re just human enough to creep us out. That’s the Uncanny Valley and those are the stories I’m look for. Submissions open now and I hope to have enough good stories to put the book out by year end!

6. Other than that I’m still at the day job, the record company has a lot on its plate for the coming year including delving into other media, and I plan to write, write, write!

Thanks for checking out the blog! Make 2017 your year!

Like the Outliers of Speculative FIction page for the latest news!

Like the Outliers of Speculative FIction page for the latest news!

A look inside the mind of a writer who loves comic books, vinyl records, chocolate, and a good film.

The League of Popish Persons

The greatest WordPress.com site in all the land!

Ruining his own future . . . one paragraph at a time.

an expat's experiences navigating the land of mountains, cheese and chocolate

The hub of creative works by Eric Landreneau

I wouldn't look under the bed if I were you.

A rather droll affair

Future's best teacher is the past

Anthony Vicino Hangs Around These Parts

Musings and books from a grunty overthinker

All Things Writing and Geek, in one neat little blog!